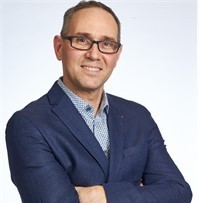 Dr. Dan Mamelak is founder and president of contract testing lab Custom Biologics, a Health Canada audited GLP/GMP-compliant, global service provider for functional testing and characterization of biomolecules. Dan has a background in microbiology, immunology and protein biochemistry and over 20 years’ experience in developing and validating reliable and reproducible cell-based bioassays to measure the functional properties of biotherapeutics.

FG: Thanks, Dan, for joining the Biosimilars Roundtable and bringing your functional analysis expertise to our discussion. You joined us from Custom Biologics’ home town of Toronto, I believe. Have you always lived and worked in Canada? What made you want to establish a CRO then grow it into the GLP-Compliant bioanalytical service provider it is now?

DM: I grew up in Toronto, Canada and did my thesis work at the University of Toronto. Following this I joined a startup biotech company called Integrative Proteomics which later became Affinium Pharmaceuticals.  This was an amazing experience to work at a startup biotech in my hometown!  I really like the idea of an entrepreneurial environment where scientists with different backgrounds work together to develop scientific solutions for drug development.  At the time, Toronto did not have a large molecule CRO and so I thought, why not start something and see how it goes!  That was 18 years ago and so far, things are going great.

FG: You mentioned in the roundtable discussion that you have a lot of experience in linking your functional testing to specific findings in the structural analyses, for instance glycosylation profiles and S-S bridges. Can you elaborate?

DM: A lot of this work has been done in collaboration with the scientific team at BioPharmaSpec.  In these cases, we have worked together to provide structural and functional characterization studies of clients’ biotherapeutics.  The advantage of working together for a specific client is that the results of the structural analysis, for example glycosylation of disulfide bridging patterns, can be considered when we analyze the results of the functional / bioactivity studies at Custom Biologics.   It is very rewarding when a direct correlation is shown between structural features of a biotherapeutic and its biological activity. 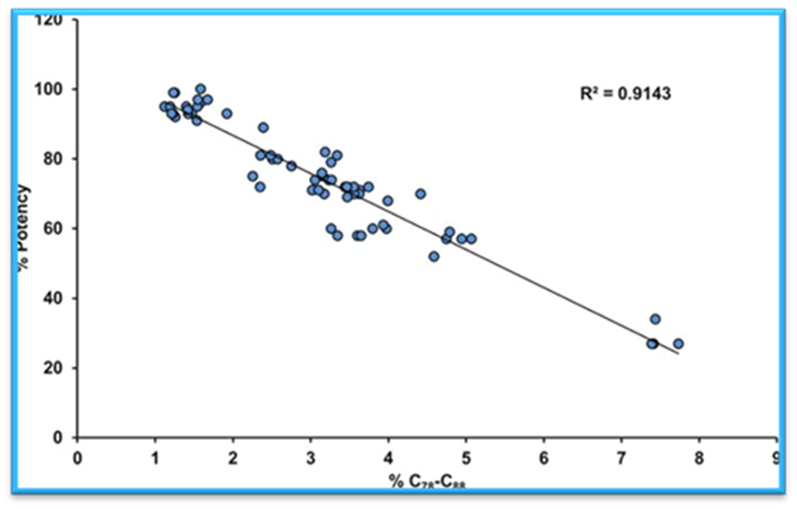 A correlation between reduced potency and incorrect disulfide bridging in Enbrel® samples (Sandoz, 2017)

FG: For biosimilars, is there a “typical” suite of functional assays (e.g. binding and cell-based) for each class of molecule? How do these differ between different molecule types, for example mAbs and non-mAbs? What other biological testing is required?

DM: Yes, there are in fact suites of functional assays for mAbs of different isotypes.  For example, IgG1 mAbs, the most common, are typically evaluated for their ability to induce antibody dependent cellular cytotoxicity (ADCC), as well as complement dependent cytotoxicity (CDC).  Moreover, the ability of this class of mAbs to bind Fc receptors is also routinely measured.

Unique to each mAbs and or non-mAb is its mechanism of action, which is often characterized by its ability to induce a cytotoxic or anti proliferative effect on a target cell.  But this is a broad generalization since many mAbs and non-mAbs are now designed to bind certain cellular receptors and turn on or off signals that modulate the immune response.  Therefore, these biotherapeutics are not necessarily killing a target cell but rather tricking it into acting a certain way.  In all cases, sophisticated and sometimes very complex cell-based assays need to be developed to measure the bioactivity of a mAb or non-mAb.

These assays are often complemented with assays that measure the relative levels of cytokines and other immune modulators. In many instances now, we are seeing bioassays that consists of two parts: Part a) treat the cells with the mAb or non-mAb and Part b) measure the immune-response.

FG: Thanks for this explanation, Dan. I understand that BioPharmaSpec and Custom Biologics have developed a useful Quick Guide for companies developing biosimilars to answer this very question about typical assay requirements for functional and structural characterization. Thanks again for taking the time to participate in this most recent Biosimilars Roundtable!

Would you like to speak to one of the panel members or a biosimilars expert about your analytical requirements or biosimilar development projects? Email us today!

Dan Mamelak is President and Founder of Custom Biologics, BioPharmaSpec's strategic partner in providing expert functional testing, such as cell based bioassays and receptor binding assays.